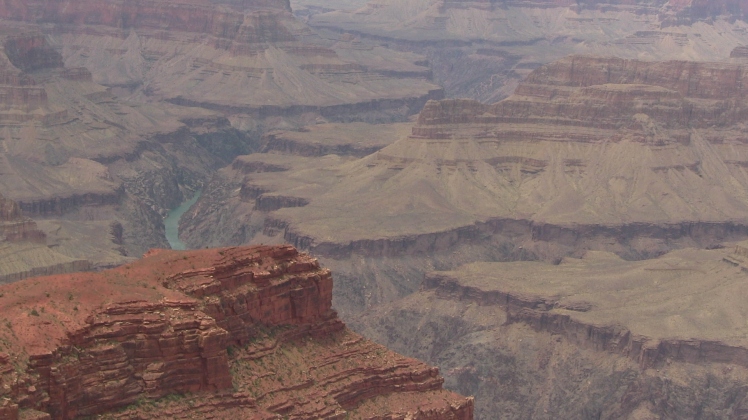 Undoubtedly, the concept of a young earth poses a stumbling block to many Christians. Many do not find it hard to reject evolution, particularly with the fossil record showing distinct categories of plants and animals with no hint of any basic category changing into another. God surely created, they say, “but couldn’t He have done it over millions and billions of years?”

Consider, in passing, the fact that the Bible specifically teaches a young earth, making it Biblically and theologically impossible for the earth to be “old.” But if the earth is young, the geologic deposits of the earth’s crust should show that, or at least be compatible with the truth. And, indeed, there is such evidence.

One of my favorite lines of reasoning is that of “soft sediment deformation.” Most geologic rock layers started out as muddy sediments laid down under water, and hardened into rock as the water was squeezed out and the individual grains or molecules pressed together. Frequently, several thousand feet of these compressed rock layers are found stacked on top of one another, such as at the Grand Canyon, where about 5000 feet of horizontally bedded strata can be seen.

The young-earth creationist interprets these Grand Canyon rocks as having been laid down by the Flood, the Tapeats early in the Flood, and the KaIbab within the next few months. The area was uplifted late in the Flood year, with trapped flood waters carving out the canyon itself while draining off the uplifted continents.

In Grand Canyon Park, most of these sediments, which were laid down horizontally under water, remained horizontal after uplift. But the uplift Beverly deformed these same sediments along the flanks of the plateau, in some areas leaving them in a vertical orientation. In my favorite spot, the Tapeats, which today is an extremely hard rock, was bent from horizontal to vertical in a space of 100 feet or so. The nature of this deformation shows that the sediments were almost certainly still soft when bent. They had not yet had time to turn hard. But it only takes a few hundred years at best for sandy sediments to turn to sandstone in the presence of high overburden pressure and adequate cement. Therefore, we are justified in concluding that the Tapeats was not 480 million years old at the time of uplift. It all happened in a short period of time, while the sediments were still soft.

The old-earth advocates can propose an unlikely scenario of flowage under high confining pressure, but clearly, the evidence better fits the young-earth idea, wiping out 480 million years of supposed earth history.

The best part is, the world is full of such examples, producing much geologic evidence for a young earth.

*Dr. John Morris is the President of ICR.