By John Semmens: Semi-News — A Satirical Look at Recent News 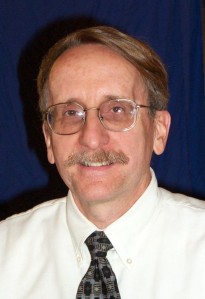 The Department of Health and Human Services (HHS) issued notice that it is rewriting the Temporary Assistance for Needy Families (TANF) reform law of 1996. Specifically, HHS is notifying states that they may waive the law’s requirement that welfare recipients must seek work to be eligible for benefits.

Representative Jim Jordan (R-Ohio) denounced the move calling it “a blatant violation of the law. The whole point of the work requirement was to get people to pull themselves out of poverty. The purpose of this reform was to convert welfare dependency from a way of life into just a temporary condition. By waiving this requirement HHS is saying that it’s okay to make dependency a permanent lifestyle. This is a disservice both to taxpayers and to the welfare recipients.”

HHS Secretary Kathleen Sebelius characterized Jordan’s remarks as “an illustration of the clashing visions the President has said voters will have to choose between this November. As the GOP sees it, work is the center of the universe. But is this what most Americans really want out of life?”

“We know that people usually prefer leisure to work,” Sebelius argued. “Most only work because they feel they must. They look forward to the day they can retire. All we are doing here is bringing that day forward for as many people as we can. I mean, why should we try to force those who are already out of the workforce to get jobs that they’ll only hold until they retire? Isn’t that just wasted motion?”

The secretary dismissed statistics indicating that the TANF reform has helped nearly three million families get off the welfare rolls. “Republicans would have everyone believe that this is a sign of progress,” Sebelius said. “What they overlook is the significant reduction in leisure this represents. Parents who could’ve been spending more time with their children, watching TV, or just hanging out are now condemned to the wage-slavery that the work requirement has imposed on them.”

Sebelius hastened to add that the new HHS directive “doesn’t require states to waive the work requirement. States in thrall to the GOP’s vision may continue to reduce the number of people carried on their welfare rolls if they want. We’ll just give the federal aid saved to other states that are more in sync with the president’s vision.”

A recent Americans for Tax Reform (ATR) report calculated that the average taxpaying American has to work 197 days a year to pay for the cost of government—a statistic that Sebelius says “makes my point. The more people we can liberate from this treadmill of toil the greater will be the sum total of happiness in our society.”

A recent National Geographic poll showing that Americans think President Obama would do better against an invasion from outer space than rival Mitt Romney has Obama campaign strategists thinking.

“When you think about it, isn’t protecting the planet from being conquered by space monsters the most important thing that any person could do?” mused Obama campaign adviser David Axelrod. “And can there be any doubt that the President would easily outshine anyone else on such a task? After all, remember, he’s the one who killed bin-Laden. On the other hand, there’s no evidence that Romney has ever killed anyone.”

Axelrod admitted that he was “unsure of how we can best exploit this. Maybe we can use a a clip from the Independence Day movie showing Will Smith punching out that alien. I don’t think it would be hard for voters to imagine President Obama doing the same thing in real life. I have also seen reports that giant alien space craft are headed toward Earth. Maybe the President can make a speech or hold a press conference to help call voters attention to this possible danger and his superior fitness for dealing with it.”

“At the very least, this type of existential threat could make all the other campaign issues seem petty,” Axelrod added. “After all, losing your job, having your house foreclosed, and being forced to buy health insurance would have to be considered minor inconveniences compared to being vaporized by death rays from outer space.”

A repeated pattern of failure to reimburse communities for the added expense incurred to police campaign events hasn’t fazed the Obama for America campaign to reelect the president. Cities in California, Nevada, and New Hampshire have registered complaints with the campaign over its refusal to pay.

Campaign Manager Jim Messina rejected the complaints saying that “having the president visit your town is an honor for which the local residents should be willing to pay. Not everyone is graced by the presence of this great man. The few who are should be expected to pay for the privilege.”

Messina called the typical $25,000 to $35,000 costs incurred by these complaining cities “small potatoes compared with the amounts people normally pay for an audience with the president. Besides, complaining, in my opinion, isn’t smart. The president is a powerful man. He can send a lot of benefits or headaches your way depending on whether he sees you as a friend or a foe.”

“Look, the president’s objective has already been achieved,” Reid contended. “All the media reported that the President proposed tax cuts for the middle class. For us to debate the specifics or to attempt to pass a bill would only muddy the waters and obscure that message.”

One of the specifics that may be troubling Reid is that the president’s proposal would, if enacted, result in higher taxes for the vast majority of small businesses—an event likely to have negative consequences for economic growth. As a result, several Democratic senators are suspected of favoring extending the Bush tax cuts for all taxpayers. One of them is Senator Robert Menendez (D-NJ) who pointed out that “in New Jersey, a two-income household comprising a police officer and a teacher earns more than $250,000 a year. Do we want to go on record penalizing these hard-working public servants?”

“Rather than give in to Republican efforts to confuse and obstruct we feel it would be best for voters to have a clear choice in front of them,” Reid explained. “If the President is reelected he will have a simple mandate to implement the taxes he deems most appropriate without any further Congressional meddling.”

Officers of the National Association for the Advancement of Colored People (NAACP) expressed their disappointment at the content of GOP presidential candidate Mitt Romney’s recent speech to the organization’s annual meeting.

Clayola Brown, member of the NAACP’s National Board of Directors, found fault with “Romney’s assumption that Black people want jobs. The white man still owes us for 300 years of slavery. We don’t need to be told that Mr. Romney will push policies that get us jobs. The time for us to work is past. It’s time for us to get paid.”

Board member, Amos Brown, called Romney’s address “an insult to the NAACP.” Brown said he was “especially incensed that Romney emphasized the importance of the family for bringing up children. With so many Black mothers deserted by their children’s fathers he’s just rubbing salt in the wounds. At least President Obama is helping by eliminating the work requirement for receiving welfare benefits.”

Representative Emmanuel Cleaver (D-Missouri) judged Romney’s appearance at the event as “embarrassing and ignorant. Doesn’t he know that the president has sewn up the Black vote? Why does he insist on coming here to offer words we don’t want to hear?”

Cleaver said he has “no problem with President Obama’s decision to bypass the NAACP convention. We already know the President is Black. On top of that, I heard that he’s going to be paying our utility bills. So , there’s no need for him to waste his time talking to us. It’s better that he devote his energy to sweet talking some rich white dudes out of a big chunk of campaign cash.”

Governor Dan Malloy (D-Conn) questioned the patriotism of the GOP saying that “the actions of these people  strike me as treasonous. I’ve been paying very close attention to what they’ve been doing over the past year or so and I think I see a sinister pattern emerging.”

According to Malloy, this sinister pattern “includes openly suggesting that he be replaced by a member of their Party, constantly criticizing his policies, and raising enormous sums of money aimed solely at persuading voters that they shouldn’t vote for him.”

The governor further said that “if the president survives this frontal assault on his right to rule I hope he will not shy from meting out justice to these troublemakers. As I understand it, the Constitution and laws of this country authorize the president to use lethal force against traitors. He shouldn’t hesitate to use these powers.”